"What are you thinking over there?" ~Imagine Sexy~ #MySexySaturday

Are you ready for My Sexy Saturday? This week is Imagine Sexy and who wouldn't want to sit around daydreaming about sexy things?

After a devastating breakup, single mom Mimi Westfall is back home in Texas, working for her high school crush, hunky Mason Coleman. One thing leads to another and she finds herself out to dinner with the man. 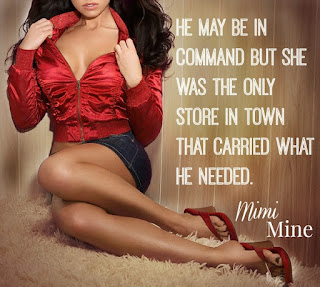 Mason Coleman had a commanding air that went far beyond running his own company. She remembered him having that same special something in high school, but luckily the cocky arrogance of his teen years had worn off.


She'd thought her ex, Jay, had been commanding, but realized too late he'd just been an arrogant a-hole. He'd castigate her for the slightest things in the most condescending manner. She couldn't believe she'd once thought it was sexy. His behavior turned cruel and belittling by the end. She'd missed so many red flags when it came to her ex.

Now she wondered what it would be like to be chastised by a man like Mason. His smooth, rich voice ordering her to her knees, or better yet over his lap. His strong capable hands striking her naughty bottom. Realizing how badly she was turning herself on she squirmed in her seat. She hoped her nip-ons weren't showing through her t-shirt. She glanced down and inwardly groaned as she tried to inconspicuously cover her chest. She could hang coat hangers with these things.

She needed to stop reading so much erotica. She also really needed to get laid. That's why she had agreed to a third date with a guy named Craig she'd been casually seeing, even though she was still on the fence about the man. He was to be her transition guy. Her quick bad lay that would help ground her and break her celibacy streak. She needed to get her focus back on her son, work, and holding out for Mr. Right. All that was nearly impossible to do when her lady parts were screaming to hop a ride on Mr. Rightnow.

Mason's attention went from the tic-tac-toe game he was playing with Zeke on the back of a place-mat to her. She bit her lip to hold in a nervous giggle.

“What are you thinking over there?” he asked.

Oh, just about you spanking my naughty bottom til' I come like a geyser, she thought to herself before saying, “How different you are from the boy I knew in high school. And about how different life is even from a year ago.” 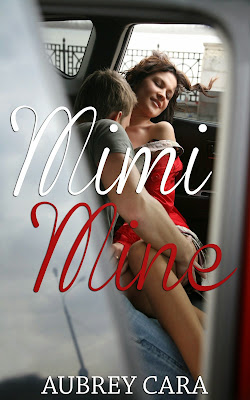 Mason Coleman hasn't been living. He's been existing day to day. Ever since an accident took his family, he's thrown himself into proving he deserved to survive. Now, ten years later, he's built a multi-million dollar business, but has nothing to show for his personal life.

He's ready to feel alive again, and he knows just the woman to help him. Too bad she's his employee. She also carries secrets that are about to shake everything he thought he knew about women.

Being a single mother has not afforded Mimi Westfall many dating opportunities. In fact, she's pretty sure Mr. Right took a wrong turn somewhere, and she's destined to live a life devoted to her showerhead.

When her fantasies about her delectable boss commanding her and putting her over his desk to spank her naughty bottom start happening for real, she's not sure if she should thank her lucky stars or run for the hills.

Thank you for stopping by!
For my My Sexy Saturday please click the links below!!
Posted by Aubrey Cara at 8:22 PM