I'm excited to announce Their Human Pets will be out July 17th! I'm hoping to upload it early, but hit a formatting snag, so we'll see! Prepare yourself for some crazy Monrok Masters who have never felt the warmth of a woman, a bunch of doe-eyed human pets, and a lot of no holds barred sex. A. Lot.

I love these characters, and I hope you have as much fun reading it as I had writing it!

“Xanthia,” he says as if tasting my name on his tongue. He fingers my hair and strokes his knuckles down my cheek as he moves so close I can feel the heat of his body. His tash stone-blue eyes wander over my form, his gaze heated and possessive. Master never looked at me like that, but to compare the two beings seems unfair. Despite sharing a similar height, they couldn’t be more different.


While King Thaain was attractive and imposing in his own right, this Monrok has an unsettling rough beauty to him, part terrifying, part fascinating.


“Are you my new master?” The words pop out of my mouth before I can gauge the wisdom of speaking out of turn. I glance up to see if he is displeased, but he only stares down at me with the same lust-filled gaze.


I try not to squirm in the silence. He is my new master. I know he must be. His thick muscles and scars show he has earned and fought for his place of power over beings like me.


“I am,” he finally says, unclasping the closure of his pants. “Climb up on the platform so your new master may properly claim you.” 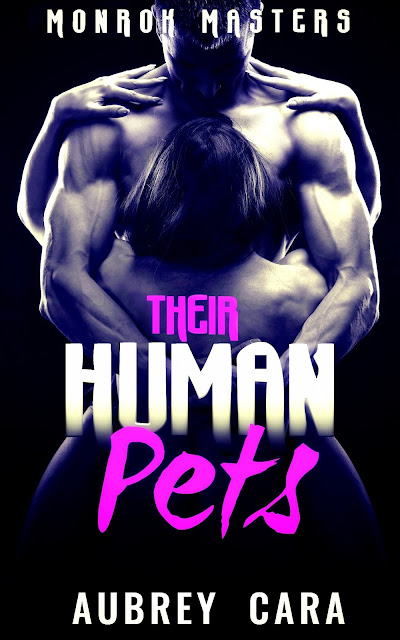 I mean to steal the king’s concubines.

The Zapex ruler, King Thaain, has disappeared. He sent one last transmission from his pleasure cruiser before his Monrok guards were left looking at open space. After the rebellion, the crew of the guard ship gave up their search to seek solace on the Monrok new world of Kadeema.

We have reason to believe the king has female human pets onboard his vessel. A crew of six of my brethren and I are manning the abandoned guard ship. We will be traveling deep into Zapex territory. Capture or death is a possibility at every turn. We don’t know if the king’s ship has already been recovered by the Zapex. Nor do we know if this is a trap.

But, for the chance to own human pets...we will risk all.

Available for purchase and free on Kindle Unlimited
AMAZON
AMAZON UK
Posted by Aubrey Cara at 4:31 AM